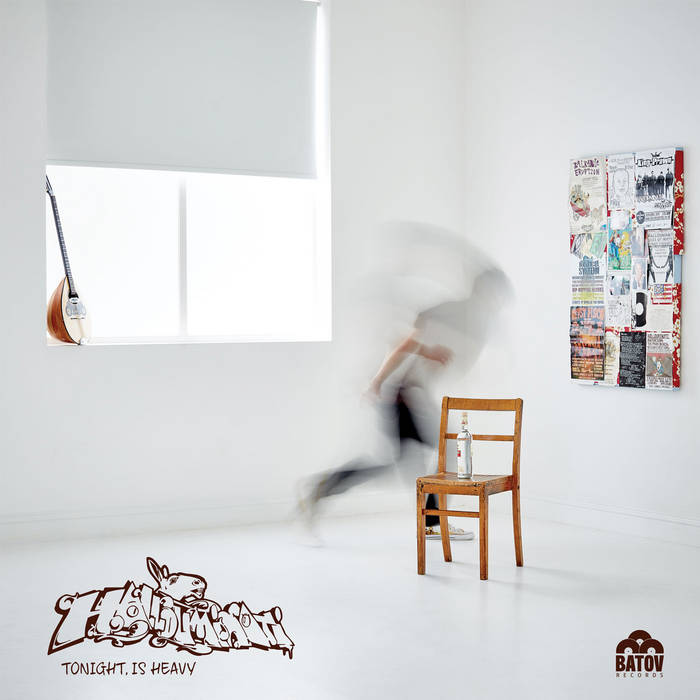 The shining example Excellent album, highly entertaining, every track is brilliant, the more I listen to it the better it sounds( especially on vinyl), highly recommended!! Favorite track: Demonominator.

"Live, they are still better.“
(Zeit.de)

"Outstanding (...) is the festive atmosphere that lasts until the end, at high speed without digression in shallow party crap."
(Musikreviews.de)

"The sextet from the UK is (...) one of those rare bands that can be blindly booked by a festival organizer as an opener for the second day (...) Makes it incredibly fun."
(Folker.de)


Hallouminati have been scurrying round the UK's party scene since 2010, leaving a trail of sweaty dancers, grinning audiences and a faint whiff of olive oil. Since then, their musical reputation has made a dent on the live circuit at boat parties on the Thames, Spiegeltents, European tours and countless beer - soaked watering holes across Great Britain and Ireland.
They have busked on the streets of Amsterdam with the same intensity as they do to the huge crowds who have seen them at some of the country’s biggest festivals such as Boomtown, Bestival and Kendal Calling. They have maintained that reputation by following one simple rule keep that party going.

Formed in Derby, the seven-piece are now based in Nottingham via London via Cyprus. Armed with a barrage of bouzoukis, brass, guitars, keys and deranged beats, they delicately mix the gritty realms of skankin' ragga punk with traditional Greek rembetiko vibes for a diverse and unforgettable live show that connects with every soul and spirit in the audience. Young or old, introvert or extrovert, Hallouminati will throw their arm over your shoulder, hand you an Ouzo, and have the whole club throwing their limbs all over before you can shout “Opa!”

This tour sees them showcasing their debut album, a manic selection of party tunes and tales from the outsiders. Released on London's Batov Records, they've focused their collective energies on a barrel of tunes based on the three B's: Beats, Brass and Bouzoukis.
They've kept it debauched, but the fun’s only just begun.

All music and lyrics by Hallouminati - except Track 5: Lyrics by Ben Halford

A refreshing blend of artists from around the world – ranging from Global Funk, World Beats and Middle-Eastern Grooves.