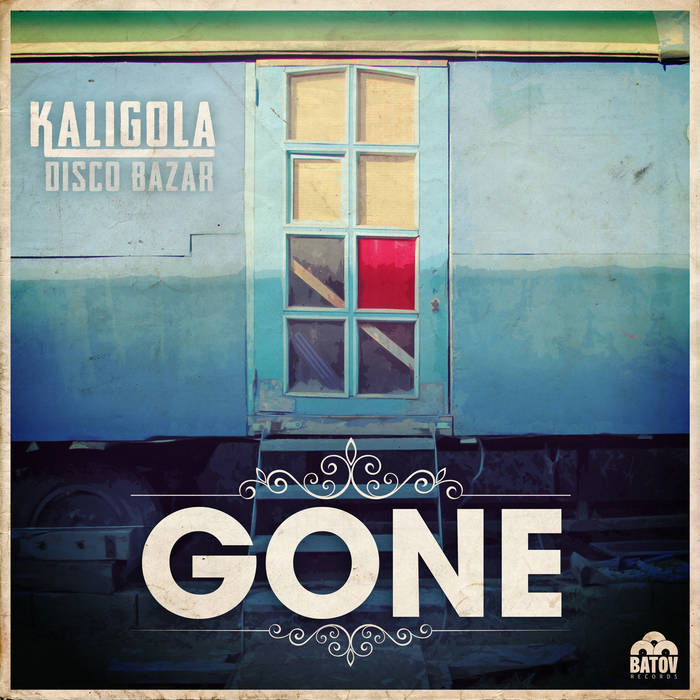 Kaligola Disco Bazar are a seven piece italo balkan beats orkestar from Rome, Italy.
Their sound is about gypsy melodies, reshaped italian folk, electro swing, reggae beats and dub vibes all mashed together and fully shaken with high energy. What comes out is an assortition of world beats with fine arrangements and frenzy attitude!!

It is an eclectic crew that has undertaken a journey through folk and electronic beats. A wind section that intertweaves with gypsy sounds made of darbuka and nomadic spirit accordion. Balkan Beats and echoes of dub spinning inside the electronic sequences. Six musicians and one dj. A musical trip across innovation and tradition, roots and progress.

It was 2011 when musician and radio DJ Andrea Cota a.k.a. Mondo Cane, brought together an ensemble of daredevil musicians for an experiment that soon revealed itself to be a powerhouse of experimental sounds. Club oriented and retrofuturistic beats find themselves arm-in-arm with traditional Italian melodies that themselves are filtered through the mesh of Eastern European contamination. A return to the future going between the Balkans, Arab countries and Italian traditions.

The band has been touring extensively in 2013 and 2014 both in Italy and in Europe sharing the stage with legendary Boban i Marko Markovic, Shazalakazoo, Dj Grissino, Dr. Malaka, Elvis Bairamovic Orkestar, Fanfara Giufà and many more. Recently has been on tour throughout Germany playing in Berlin, Hamburg, Dannenberg, Jena, Weimar, Halle, Augsburg and Koln. On stage the band offers a festive, powerful and timeless performance in front of which it's hard to stay still. A show that excite curiosity and spreads the urge to dance.